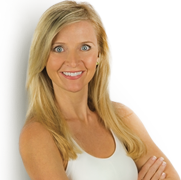 Hi, my name is Mats Oskarsson.

I would just like to give you a little background about myself and then tell you about how I came to love this product from It Works.

I was done with school and mandatory military duty in Sweden and was looking to do something new. So I went to see my brother in Florida 1994. I started my immigration process and that is where it all started.

My American dream journey, lol perhaps just a cliché. Still the truth, I started working with my brother as a courtesy tech to learn the American English slang and language better. Eventually I got the opportunity to run my own store and now I have been a Regional Manager for 12 years. So a total of 19 years for the same company, not bad. You would think I would be happy with my life, well like for everyone that works too much and spends too little time with his family you eventually lose it. I did, in June 2011. I moved out from my wife and kids. I lost a lot of hope and spirit, went down the spiral of depression and blame.

In January 2013 I weighed 307 lbs and gaining, not a good thing. So I had bought some products that I put on a shelf and did not take serious and it was the It Works Pro Fit pack… So I started to take it at the end of January 2013. I wrapped and used the shake plus the greens mixed in water as a replacement for my breakfast.  First of all I usually did not even get breakfast before so this was a great new start for the day in the morning. I then just worked as usually when lunch came around I ate what I usually ate (junk) but I took two fat fighters after with a bottle of water with greens in it. There is nothing else I changed about my diet or exercise. Today, May 20, 2013 I have lost a total of 31 lbs and I am still going strong, losing weight and most of all feel great.

So after trying the product for 3 months I did what anyone should do, in April 29th I switched over from being a loyal customer to become an independent distributor. It is not hard to sell a product that you believe in and can prove that “It Works”: 31 lbs in 90 days!

This is “MY STORY” of the American dream in my way. Everything I just told you is the reason why I now love this product and want it to become part of your dream also.